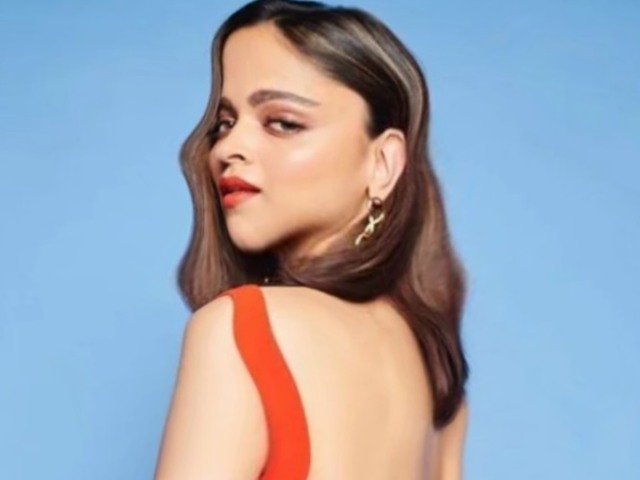 Let's Play this game: Can You Guess this Hot Actress? Comment her name

Should India adopt idea of turning locusts into chicken feed?

Suffolk’s marshes, beaches and estuaries meld into a dreamy landscape rich in history in our final car-free coast instalment of the summer

Against the grain … Woodbridge’s 18th-century Tide Mill is one of only a handful of water mills in the UK still producing flour. Photograph: John Morrison/Alamy

A beautiful late summer’s day and I’m swimming in the sea, south of Shingle Street. It feels like elemental coast: a steep bronze bank of pebbles sloping down to a gentle curve of green water. Jellyfish float past under the glinting surface and a white sail drifts on the horizon. Sandwiched between the River Deben and the North Sea is an enchanting, embattled corner of Suffolk.

Bleakly beautiful Shingle Street was evacuated during the second world war and rumours of a failed German invasion persist years after declassified files have shown them to be myths. A row of houses faces the sea across the stones, where there are patches of sea kale and pink-flowered sea peas and a long line of bleached shells, first put there by letter-carver Lida Kindersley and a friend.

I spend the morning exploring Sutton Hoo, a mile down the road from Melton railway station. I’ve caught the train to this stretch of coast several times since moving to Essex nine years ago, but a landlocked suburb-dweller’s thrill at racing past shining estuaries has still not worn off. The National Trust has almost finished a £4m upgrade at Sutton Hoo (£13.50 adult/£6.75 child). A gleaming new exhibition and glass-walled visitor centre complement the site’s shady paths and valleys. Overlooking the harebell-carpeted mounds of the royal burial ground itself, where a treasure-filled 27-metre-long ship was unearthed in the 1930s, an observation tower is under construction and should be open soon.

Exploring the area, I cross banks of purple heather and reedbeds alive with dragonflies. There are views across the River Deben to Woodbridge and its white weather-boarded Tide Mill.

Bawdsey Hall, where I’m staying, is eight miles away and I’ve pre-booked demand-responsive public transport, at a fraction of the cost of a taxi (£3.70 from Sutton Hoo, Connecting Communities, 01728 635938). I’ve used this minibus before to access the Deben peninsula’s walking and great pubs – the riverside Ramsholt Arms and the pink, thatched Sorrel Horse at Shottisham.

A sculpture based on the helmet found in 1939 at Sutton Hoo. Photograph: Phoebe Taplin

I wander past Bawdsey’s flint-towered church, where sunlight slants among the graves, and walk along the coast to Shingle Street for a swim and seaside picnic. The sun is setting behind the Martello towers as I head back. These defensive forts are just part of the area’s epoch-spanning military history. Second world war anti-tank obstacles stretch across marshy lagoons with plovers and swallows, which are starting to return south, darting overhead. The area’s history and wildlife attract specialists and acronyms; it’s a heritage coast, an AONB, an SSSI and a lepidopterist’s paradise with hundreds of moth species. Back at Bawdsey Hall, I fall asleep to the calls of owls and wake to find the trees round the misty lawn full of chirruping goldfinches and cooing doves.

‘The sun is setting behind the Martello towers as I head back.’ Photograph: Phoebe Taplin

On a slightly inland stretch of the Suffolk Coast Path, Bawdsey Hall attracts hikers and cyclists; two fellow guests at breakfast have walked 20 miles from Ipswich via the Shotley peninsula and two ferries. Inspired, I ramble a mile or so southwards, sampling blackberries and yellow bullaces from the roadside hedges. On the way, I pass the Radar Museum at Bawdsey Manor, where Robert Watson Watt pioneered the use of radio signals to locate U-boats and aeroplanes (£7/£1). To cross the River Deben to the fish stalls and smokehouses of Felixstowe Ferry, I wave a white paddle left on a jetty and pay £3 to the ferryman (daily in September, weekends in October, call 01394 282173).

The weather is warm again, as I walk past more Martello towers, and I stop for another swim below a cheerful line of beach huts. Soon after Felixstowe’s Victorian seafront gardens, revamped a few years back, I wander five minutes off the coast path to check out the town’s first plant-based cafe, opened a few months ago. The Greenhouse is relaxed and thriving and today’s special (a vegan version of a Reuben sandwich, featuring roasted celeriac, sauerkraut and dill mustard, £6) is seriously tasty.

Outside, I catch the No 77 bus (£1.60) the last two miles from the cafe to Landguard Fort (£5.50/£2.50 including audio tour, English Heritage members free) at the southern tip of the town. Wandering the maze of cool, dark tunnels, learning about the Dutch invasion of 1667 and how soldiers stored gunpowder, is a surprisingly good way to spend a warm afternoon.

The Suffolk coast: 50 years on from my childhood holidays

From one bastion of the citadel, there are views across to Harwich, where I’m headed. The shingle bank below, in the shadow of Britain’s biggest container port, could hardly be more of a contrast with quiet, sandy Bawdsey Quay where I started this morning. My second ferry of the day (£4.50, harwichharbourferry.com) cruises hourly from this beach across to the old pier at Harwich, where I have 40 minutes to admire the lanes and lighthouses before boarding the train.

Several plaques in Harwich relate to the Mayflower, which was probably built here and whose master, Christopher Jones, lived on Kings Head Street. The famous ship’s 400th anniversary, celebrating the voyage that started in the late summer of 1620, kicks off in November this year (mayflower400uk.org).

The railway from Harwich Town, branded the Mayflower Line, runs beside miles of marshland, glowing orange in the evening sun. Through trackside oaks and tall sweet chestnuts, I see Grayson Perry’s green and gold-walled House for Essex near Wrabness and, beyond it, the wide Stour with swans, gulls and sailing boats, like a last glimpse of the sea.
•Accommodation was provided by Bawdsey Hall (doubles £95 B&B, bawdseyhall.com). Rail travel was provided by Greater Anglia. Trains run from London Liverpool Street to Melton via Ipswich (from £13 each way) and Harwich (from £11.50) or Felixstowe (£13)

Looking for a holiday with a difference? Browse Guardian Holidays to see a range of fantastic trips

This article contains affiliate links, which means we may earn a small commission if a reader clicks through and makes a purchase. All our journalism is independent and is in no way influenced by any advertiser or commercial initiative. By clicking on an affiliate link, you accept that third-party cookies will be set. More information.