These 5 things related to eunuchs you must know! It will shock you

5 Species of Nocturnal Animals in India

MUMBAI: Ekta Kapoor is undoubtedly the undisputed queen of television.

She is not only producing some great content on television and in the film space but also enjoying appreciation on the digital medium. She recently welcomed her first child via surrogacy. However, when it comes to marriage, she has never decided to go down that path. But if she had, do you know whom the TV czarina would want to marry?

Well, in season 2 of Koffee With Karan, Ekta had made an appearance with the honchos of television during that time – Ronit Roy, Ram Kapoor, and Hiten Tejwani. It is in this episode that she mentioned that if she decided to go the marriage way, she would like to get married to Mr. Mukesh Ambani.

Ekta said that she would have chose him for the person that he is.

Well! Mr. Ambani is happily married and matrimony is certainly not on Ekta Kapoor’s mind but at least we know who her ‘ideal dream man’ is! 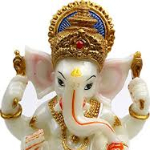 1
Read More Comments
FEATURING RECOMMEND
These 5 things related to eunuchs you must know! It will shock you Download to Read
5 Species of Nocturnal Animals in India
Archeologists in Jerusalem Find Pre-Roman Labyrinth of Mysterious Rooms
'Birth Of A Planet': Astronomers Capture A New Structure Being Born In Space; Watch
Sun In Lockdown Period? Here Are Details About The Solar Minimum Phenomenon
Sunny Leone shares pic of daughter Nisha's first horse riding lesson: So proud of you
A Proper Bikini scene for Kajal Aggarwal
Malayalam Actress Shruthy Menon’s Sensuous Photos Set The Internet On Fire
People are having less sex in corona lockdown, says Latest Study
Rupali Sharma Photos
Uttar Pradesh: Nine of a family killed after their vehicle collides with truck in Pratapgarh
Anushka to act only on requests
When Pooja Bedi's condom ad was banned by Doordarshan for showing this scene
Yuvraj Singh apologizes for casteist remark against Yuzvendra Chahal